What makes entrepreneurship such a risky propositions? 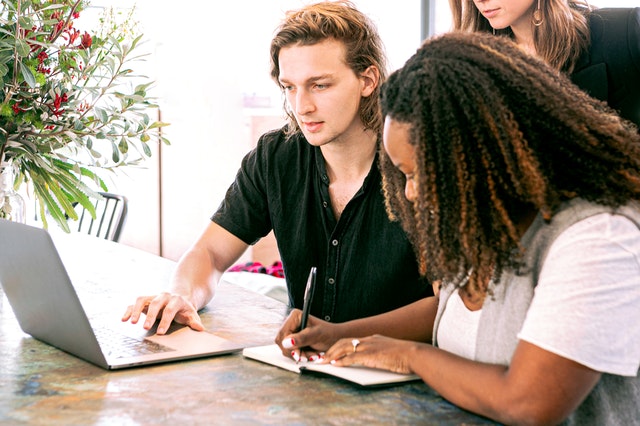 What makes entrepreneurship such a risky propositions?

CB Insights, an analyst firm, did an extensive survey talking founders from more than 150 companies that had failed in their mission and were shut down. They wanted to understand why these startups failed.

The sample set of startups is faitly well presented, ranging from well-funded and unfunded, hyped about and unknown, experienced and inexperienced founding and a variety of businesses from music streaming to food delivery, though there is a bias towards internet businesses

The mearch reed in on twenty of the most common why stamps fail. You can read the full report online B5 Insights.

https://w daigh.com/search/stamp failure reasons-top). I am sing the findings to free major themes

1. Your product is the problem

2.Your competition kills you

3. The legal sym kills you

5. Your team is weak

1. Your product is the problem

Have you heard of Segway? It is a personal two-wheel self balancing scooter. Segway was hule to revolutionité urban transport. Back in 2001, Segway was at the peak of its hype Prominent Venture Capitalists (VCs) poured money into the idea. P.C. Kamen, the creator of the Segway, unveiled it as the “human transporter,” claiming that it will be to the car what the car was to the horse and buggy.”

Segway turned out to be a big flop. It was too fast for sidewalks and too slow for roadways. There was no space for storage. It ended up as a niche device used for tourism purposes You can find a Segway tour in most big tourist attractions around the world.

Segway is a clear example of the single most important

reason why startups fail: Building an offering with no real value

to the target customer.

Often, the problem is real for a small set of customers, but irrelevant for a broader customer base.

I helped two friends buid UniversityHiring, a web-based portal to automate and manage the recruitment process for college placement offices: IIM Bangalore had a complex placement process and was one of our first customers. However, as we talked to tier 2 and tier-3 colleges to market and sell our automation tool, we found few taken. Apart from a handful of top tier engineering and management colleges that had companies lining up at their doors, most colleges wanted help in finding jobs for their students. Placement officers cared.

more about getting more companies to come to their cimpues, rather than simplifying this process. Our product was just no relevant to our larger customer base

Alshat Choudhary, a serial entrepreneur, and founder of Blog Vault a backup sence for WordPress) and AcuvMoh (an SMS-based group messaging service), talks about his early days in the workforce (Choudhary A, 2016):

“Thad just joined Citris, receiving a salary for the first time I was prudent with my money. But I was spending without tracking my expenses. So, I built an app to track my expenses over SMS.”

The expense tracking app did not do well in the marketplace While Akshat had malt a good product that served his own needs, his Gen Y target customer base was not an careful about their spending habits and did not seem to want it.

from customers. Influencing behaviour is difficult, even if the

benefit is substantial and real.

Take the example of fitness devices or healthy diets, or even going to the gym Do people understand the benefit of a healthy lifestyle? Yes, of course they do. But how many do it? Not many. Because it means changing or influencing behaviour.

Sangeet Paul Choudhary, founder of Platformation Labs, is an international best-selling author, chair of the MIT Platform Summit, and an appointed member of the World Economic Forum’s Global Future Council.

Sangeet’s venture is in the business of ideas and intellectual capital, where the currency of success is, in addition to revenues, global influence.

According to him, productisation of intellectual capital comes with inherent risks:

Second, assuming it is good, it might not reach your desired dience. For instance, it might be easy to come up with a body of work but very difficult to have it adopted by Fortune 100 CEOS and world leaders:

Third, assuming it is good and accepted by people, it will does not mean you can achieve your goals (of money or influence or others).

There is no defined business model or template that can be followed here. You cannot say: If I do x, y, and z, I can build a company. There are many others who have built global influence from scratch!

Have you seen other examples of products which have missed the customer? Have you rejected business ideas which sounded cool to you, but had a limited customer demand? Talk to me at pango on Twitter.

2. Your competition kills you

No idea is unique. Once you are in the market, you will find some company fighting against you.

What if your competitors’ product is better than yours-

in terms of features and/or cost? Have you heard of Mint.com? It is a personal finance

product, which was acquired by Intuit for $170 million. Around the same time, another startup, Wesabe was working on a very similar idea. It was a close second player for a long time. While Mint was successful, Wesabe closed down within a few years Even though market demand existed, one company succeeded.

and the other failed. The reason was the difference in user

experience how the two companies enabled customers to use

their service in a complex interaction. Mint understood customer

requirements better and offered a better user experience (http:// blog.precipice.org/why-wesabe-lost-to-mint/). Facebook won against Myspace and Orkut. The reason: It was a superior product.

What if your competitor has access to more resources (cash, people, brand, IP, access to customers, etc.)?

Sidecar was an on-demand car service. It started as a car shating service and moved to on-demand delivery services. It competed well against the bigger rivals: Uber and Lyft. But beyond a point, the company was just our funded. Sidecar CEO Sunil Paul noted, “Sidecar had a significant capital disadvantage. Lyft bas raised $1.26 billion and Uber has raised over $10 billion. Sidecar has only raised $35 million. It was impossible to compete in this space.” (“Sidecar is calling it quits on rides and deliveries.” December 29, 2015, https:// techcrunch.com/2015/12/29/sidecar-is-calling-it-quits-on rides-and-deliveries/).

Kato was a startup built to offer a business focused chat app. It failed to get significant traction to fight against its formidable rival, Slack. As its CEO and Co-founder Andrei Soroker wrote in the obituary email, “Slack are the world.” (“Chat App Kato will shut down.” August 13, 2015. http:// venturebeat.com/2015/07/13/chat-app-kato-will-shut-down on-aug-31-because-slack/).