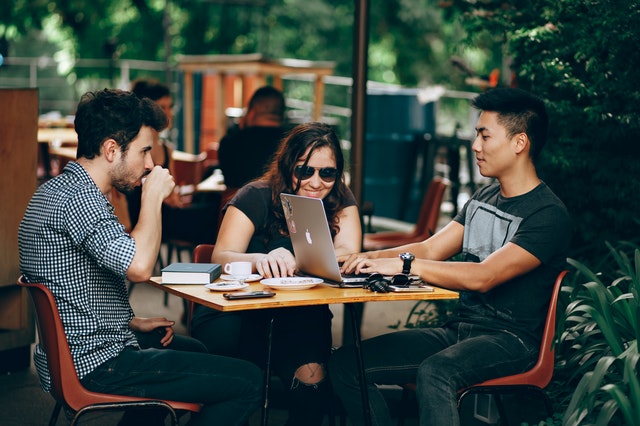 “Your biggest life decision is who you marry

“Your biggest startup decision is who your co-founder i As an entrepreneur, you should be very thoughtful conscious while choosing your co-founder. As an angel inves I come across multiple startups. When I evaluate them, the f criterion and the most important one-is the founding the What is the strength of the founding team? Independent of the business idea, will I bet on the co-founders? If the answer is I do not evaluate the idea at all. You can change everything in startup later the product, services, employees, or even the itself but you cannot change the founding team The founding team is the startup.

It is the heart and soul of the company. If the foundry team is not strong, the startup is doomed to be a failure Paul Graham is a noted Angel investor and vent capitalist, who co-founded the Y Combinator seed capital find

His essays on startups are worth gold and highly recommended

In his essay on Angel investing, he lays it out well .

“There is an ongoing debate between investors which a more important, the people, or the idea-or more presse the market Some, like Ron Conway, say it’s the people-to the idea will change, but the people are the foundation of the company. Whereas Marc Andreessen says he’d back or founders in a hot market over great founders in a bad one think you want to go with Ron Conway and bet on people

It is astonishing how casually entrepreneurs choose their founders, without putting in enough thought and due diliget.

Ax in my case, as well as for several other entreprenicars I have spoken with, the choice of a co-founder was not something to which they had given much thought. In most cases, they picked their closest friend. Many of these founding near were successful in working together to create a new business. Yet, many failed. Some started well, but failed later when the the business came to difficult crossroads and they needed to make Indo-or-die decision.

“When you start something, the first and most crucial decision you make is who to start it with Choosing a co founder is like getting married, and founder conflict injust as ugly as divorce.. if the founders develop irreconcilable differences, the company becomes the victim.” Peter Thiel, Zem ar One (Thiel, 2014)

While Thiel has compared choosing a co-founder to getting earned, I love comparing the founding team to a couple deciding held have a child without getting married (or any other social and ke binding). Giving birth to and raining a child is a huge task, which requires a tremendous amount of commitment, panion, dy. It requires an alignment of two people’s goals and priorities in life A social or a legal contract he marriage helps the construct because it acts as a binding force between the Pro parents (at least for some amd Starring a colpany needs ly the same level of commitment and alignment, but with no egal or social hind.

Can you just do it alone?

Do you even need a co-founder for your venture?

You can do it alone, but it will be difficult to succeed. Tw to three founders are involved in starting most new business and not a single individual. Why?

The first reason is skill sets.

Most of us are excellent at one thing, good at two or three things, and average to poor at others. A startup needs excellence Good or average is just not acceptable.

You, as a founder, might end up harming the company

more than helping it if you stretch yourself to new areas. Beware

your ego here! You might puff up and say, “I know all that I

The second reason is man-hours.

Let us assume you are a superman with expertise in all the skills required to start a company. Nonetheless, you have one

constraint you can only work twenty-four hours in a day.

Or you cannot! Because, even Superman needs to sleep!

As a startup, you have to maintain a high standard in product development, sales, or operations. You are a small company and you have to compete hard and excel in all areas to maintain your edge. If you, as sole founder, try to do it all alone, it will take in toll on you personally. At some point, quality of more than just your product will start to suffer.

The third reason is psychological.

Launching a startup is a battle. This hantle will stress y

out. You need a partner in this journey-someone to talk to and discuss the most difficult topics. You need a parmer to share the load and to do things that you cannot. You need a co-founder from the very start to sail through the tough waters If you are thinking of going alone, think again. Ultimately. will have to decide, but you should know the risks

Your best friend or spouse is NOT always the best co-founder!

Has your list of potential co-founders revolved around your five best mates?

You are not alone. This is how most entrepreneurs approach the search for the perfect co-founder. In reality, professional chemistry can be very different from

personal chemistry, You might find a person awesome in a social

atmosphere, to accompany on trips, and to have fun with. But

working with the same person in a professional environment

can be a very different experience.

Similarly, your spouse or favourite fandy member may not always be your best choice for co-founder. Just because you may know him or her for several years and share a great personal ationship does not mean that you will form a great founding fram when you start a company.

It is important to consider the possibility that when thing goes wrong with your startup. It may endor up gively impacting your personal relationship as well, resulting a double whammy. Is that a risk you are willing to take? The as of failure can be huge and the best of relationships may To be able to withstand the dual impact.